Download Sweatcoin
Click here to browse Sweatcoin Frequently Asked Questions We have verified that all supposed hacks out there are fake. Quite a few users tried a hack from various new websites and their Sweatcoins were stolen. Please do not try any Sweatcoin Hack websites out there – your coins may get stolen.! The only known working exploit involves shaking your phone while walking to earn double the coins. Try this with caution so you don't trigger their spoofing script. (Basically, they have made it so they automatically detect false activity, but only a few reports come from people saying their account was banned.) Beware of YouTube videos showing hacks because most of them were manipulated. (The equivalent of Photoshopping an image to show fake info.) These people just want to profit from advertising by claiming to have an exploit/cheat. And some of them link to unknown and foreign websites that farm your data.

The rest of this content was written in early 2018. I recommend to click here to find out more information on how to sell Sweatcoins for Paypal.

There has been an increasing amount of reports about people's accounts getting hacked or banned using Sweatcoin cheats/hacks. Please be safe and use the app legitimately, otherwise, your phone will either get a virus or your Sweatcoin account will be removed by the exploit detection algorithm. (Verified in Summer 2018.)

The whole nature of Sweatcoin is to encourage you to get out there and walk or run more. We're living in a nation of rising obesity and health-related issues: Cardiovascular and heart-related illnesses are increasing every year, and millions of people are receiving surgeries ... or dying due to lethargic and unhealthy lifestyles. Sweatcoin is just one push in the right direction to encourage the average person to keep their health as a top priority. 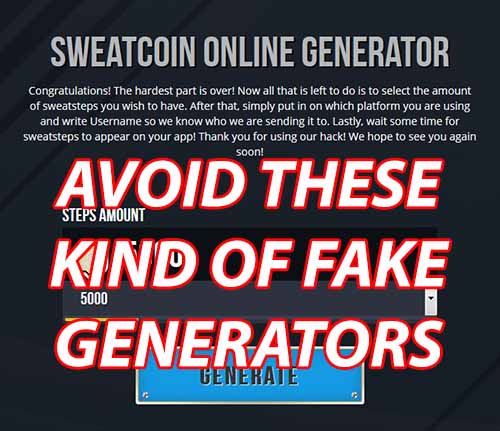 Are there hacks or cheats out there, though? No ... BUT there are shortcuts - Keep Reading!

Be wary of any website claiming to have a Sweatcoin hack. This is the quickest way to get malware, a virus, or have your Sweatcoin account hacked. I know of several people who thought they were downloading a distance-simulating application and had their computer seized by malware.

To be honest, the only way you may be able to cheat Sweatcoin is by riding your bike around 10 miles per hour or 16 kilometers per hour. I say this because that is how fast I run, and it tracks all of my steps (and more!) I would not personally ride my bike just to collect Sweatcoin, however I can see that working. You could max your daily coin allotment in an hour (10-15 coins). Sweatcoin does not say anywhere that bike riding is not intended - it's still physical activity, albeit a bit less strenuous.

This one is more black-hat. I've seen other people carry their friends' phones with them when going on a run or bike ride. Again, I do not endorse this activity. My goal is to get a solid workout in more than it is to amass Sweatcoins. But it's better to do these shortcuts than to try to find hacks/cheats online and get hacked in the process.

Earning Sweatcoins on behalf of another is against their Terms of Service. Be warned!

The Sweatcoin team has invested a tremendous effort to prevent fraud or hacking through automated simulation of GPS movement. I remember reading a story of one guy who strapped his phone to his camel to earn coins for him. It actually worked because the app is not accurate enough to determine the movement necessary for human walking. However, the amount of coins earned this way is limited due to the daily limits imposed by the membership tiers. Therefore, even if there was a working hack, it would bring limited profit and would most likely require more effort than it's really worth.